Who better to interview for Men’s Health Awareness Month than the editor-in-chief of Men’s Health Magazine, Bill Phillips? 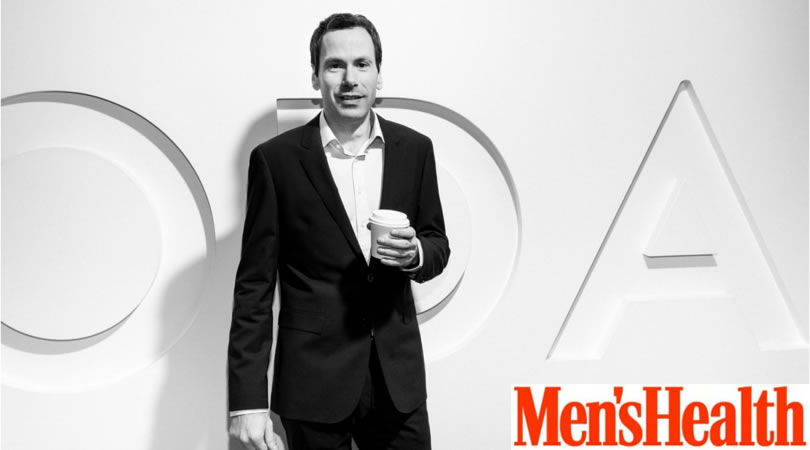 Society needs to move away from the “tough guy” mentality when it comes to men and pain so men will feel more comfortable seeking treatment.

In honor of Men’s Health month, I recently spoke with Men’s Health editor-in-chief Bill Phillips about the struggles men experience on their path to living a healthier life. This is the guiding topic of Bill’s recently released book, The Better Man Project– the idea for which was born 15 years ago, the day he read his father’s autopsy report.The cause of Bill’s father’s death at 59-years-old was a rare genetic disorder that causes strokes at a young age.  How could any man not take this unfortunate death as a wake-up call?

While Bill and I covered some important aspects of men’s health like stress reduction, aging, and sex, we talked a lot about men and pain- everything from how men react to pain to how they seek treatment for it. An important factor in men’s health is that the male gender is often told from a young age that they have to be tough, to “grin and bear it.” This mentality can make pain treatment challenging.

Men and women deal with pain differently. Bill recognizes this and wants to be part of the movement that inspires men to forget about viewing their pain as a “badge of honor.” Men need to recognize the signs of disease and seek treatment early; they need to make health a priority by progressively monitoring their blood pressure, cholesterol, and blood sugar, for instance, from a young age.

Just like a permanent change in your food habits is called a lifestyle change rather than a diet, Bill’s book centers around small, everyday actions any man can take to improve their health.

He says “If you just do a little bit each day, you’ll be surprised how much you can achieve in a month or year.”

It helps to lessen the societal stigma attached to men being in pain or otherwise feeling vulnerable when quintessential “manly men,” like superstar George Clooney, discuss something most of us has felt at one time or another, though not to the extent he may have: low back pain.

George Clooney has been quoted by media outlets in the past about his chronic back pain, caused by an accident he had in 2005 while filming Syriana.  Since then, Clooney has undergone surgery and says he has taken numerous highly addictive prescription medications (link to pain and addiction) to control the spinal pain and leakage of cerebrospinal fluid. Though he has reported the pain is better, he said it will probably never fully go away.

Learning that someone as widely known as Clooney sought treatment for his pain can help the more than 100 million “regular” people in the US suffering from uncontrolled pain to understand that it’s not a sign of weakness to admit they are suffering.

Bill refers to The Better Man Project as the ultimate owner’s manual for a stronger body, healthier mind, and a longer life.

Learn more about the book here, and follow The Better Man Project on Twitter for ways to improve yourself—and your life—every day.

Sign up for the Aches and Gains Weekly so you don’t miss the announcement for the airing of this episode.

This site uses Akismet to reduce spam. Learn how your comment data is processed.