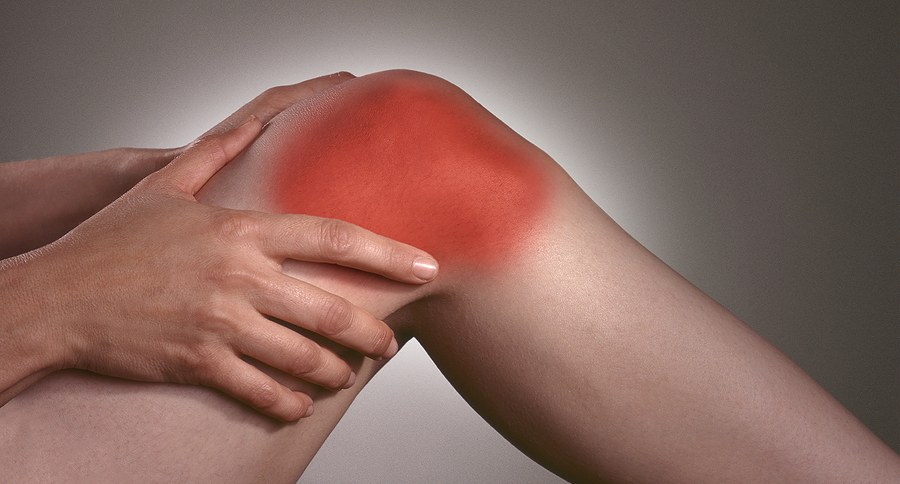 Almost everyone deals with a minor fracture or sprain at some point. A slip on icy pavement, a fall that results in a twisted ankle, or any other trivial accident is a normal part of life. Most of us experience some moderate pain, ice the injury, take some ibuprofen, and expect a full recovery within a couple of days. But for a smaller group of people who have Complex Regional Pain Syndrome (CRPS), a minor injury like this can become a life-altering experience that plunges them into the depths of pain and despair. If you are one of those unfortunate enough to be effected by CRPS, then you may want to contact a legal representative such as GJEL. GJEL has a strong record helping CRPS clients, and may be able to help you.

Professional ballerina, Cynthia Toussaint was a guest on my show, Aches and Gains. She shares a riveting account of how a minor thigh injury resulted in a complete life transformation due to the development of Complex Regional Pain Syndrome, recounts her treatment options, and then details how she overcame her pain.

CRPS Type I and Type II

There are two types of CRPS. A person with CRPS Type I (formerly known as reflex sympathetic dystrophy, or RSD) or Type II often experiences an acute injury which leads to spontaneous pain far out of proportion to the original trauma. For instance, a CRPS Type I scenario might involve having surgery on your big toe, which becomes painful to the touch, red, swollen, and hard to move. Four months after the surgery, instead of resolving, the symptoms have expanded to involve the entire foot. In an instance like this, we can’t pinpoint an exact nerve that was injured.

In CRPS Type II (also known as causalgia), patients show evidence of a specific nerve injury (typically revealed by nerve conduction testing) such as the ulnar nerve (funny bone), but they report pain that extends beyond the territory of the injured nerve. The clinical features are the same for both subtypes of CRPS; we see the symptoms expand beyond the confines of the injury in both situations. Studies indicate that CRPS is three to four times more common in women than in men, and there are at least 50,000 new cases of CRPS-I occurring annually in the United States.

CRPS is typically associated with two presentations—warm and cold. Warm CRPS patients exhibit a warm, red, swollen limb, while cold CRPS patients display a cool, dusky, sweaty limb. Some research suggests that CRPS is more likely to resolve within a year if it presents as warm and red upon initial diagnosis. On the other hand, patients with cold, dusky CRPS often do not see resolution this quickly.

CRPS is characterized by intense, excruciating (aching, burning, shooting, stabbing) pain usually in one extremity or part of an extremity. Other common CRPS symptoms may include excessive sweating and changes in the color of the skin, temperature changes, dryness, swelling or shininess of the skin in the affected region. Similar to other chronic pain conditions, patients with CRPS often experience depression, and anxiety, but fear, disuse of the painful body part, and social withdrawal can be more prevalent. The emotional toll cannot be overemphasized.

One CRPS patient of mine had to wear an oven mitt over her hand to protect it from coming into contact with anything, even the wind. I’ve also seen patients with an affected leg or arm that is half the size of the normal limb because of atrophy. Other patients describe a bed sheet touching their painful limb being akin to 50 sharp knives stabbing them. Unfortunately, if CPRS continues, the body may lose the ability to “turn off” the pain.

Because no definitive test exists for CRPS, doctors must rule out other diseases that might share similar symptoms, including thoracic outlet syndrome, discogenic disease, deep vein thrombosis, cellulitis (skin infection), and various disorders of the circulatory and lymphatic systems. Most importantly, the diagnosis is made by a thorough clinical evaluation of symptoms and signs. The “Budapest Criteria” are considered the standard means of diagnosing the condition and were adopted as such by the International Association for the Study of Pain (IASP) in 2012.

Pain specialists look for patients to report at least one symptom in three of the four categories listed below, and to display one sign in two or more categories:

Treatment for complex regional pain syndrome (CRPS) should take into account not just the physical symptoms but also the emotional distress most patients experience. This means that an effective approach should include cognitive behavioral therapy (CBT) to improve coping and minimize the impact of the condition. Functional restoration appears to be the most important means of ensuring that patients don’t lose function of their extremity. This often entails physical therapy aimed at normalizing movement, and desensitization strategies that reduce skin sensitivity. Because CRPS lacks precise diagnostic criteria, it has been omitted from many medication studies on neuropathic pain.

Yet, multiple medications are currently used to ease the pain of CRPS. Topical medicines such as 5% lidocaine patch, EMLA cream (local anesthetic mixture), and dimethyl sulfoxide (DMSO) have demonstrated relief, especially for skin sensitivity. Topical ketamine also shows promise in dampening this skin sensitivity. A class of drugs called the bisphosphonates or calcitonin have been found to lower pain, reduce inflammation, and improve range of motion. They aren’t used very often, though.

Injection therapies such as sympathetic nerve blocks can help patients tolerate physical therapy by controlling pain. Several studies indicate that spinal cord stimulation (SCS) helps reduce pain in patients with CRPS. In fact, both the National Institute of Clinical Excellence and British Pain Society support the use of SCS for CRPS and other neuropathic pain conditions. Some patients benefit from auricular (ear) acupuncture, or outpatient intravenous ketamine therapy too. Even more novel treatments such as oral naltrexone or botulinum toxin (Botox) may improve symptoms based on preliminary studies.

If you have CRPS and need surgery, try to postpone it until the signs and symptoms are minimal. If you can’t, then it may make sense to consider a regional anesthetic technique (epidural, for example), sympathetic block, or daily subcutaneous injection of salmon calcitonin from the time of surgery until four weeks later. Studies point to the beneficial effects of these strategies in offering some protection against relapse.

There is more detailed information on CRPS and many other pain conditions in my book, Aches and Gains: A Comprehensive Guide to Overcoming Your Pain.

Posted in Blog, In the News, Nerve Pain, Recent Posts.

There are several facial pain syndromes, but Trigeminal Neuralgia (TN) may be the worst. Sudden, stabbing, electrical sensations radiating from the ear down the face...Read More

Have you thought about using Feverfew, Cat’s Claw, or Ginger to ease your pain? The World Health Organization (WHO) estimates that 4 billion people or...Read More

How to Avoid Back Pain While Sitting at the Office

Our bodies were meant to be in an active state the majority of the time. As humans have evolved, w[...]

This article was originally posted on E! Jamie-Lynn Sigler is refusing "to fall victim" to&nb[...]

What Is Chronic Pain and How Can it Lead to Addiction?

Why Are African-Americans At Greater Risk of Heart Disease? - Dr. Paul Christo MD
February is American Heart Month. It is also Black History Month. These two observances offer a chance to look at heart health among African Americans.
paulchristomd.com
19    View on Facebook

Dr. Paul Christo
A few years ago I had the absolute honor of interviewing Dr. #MayaAngelou. While our conversation was centered around her journey with various #ChronicPain, we also discussed how to fight the toll emotional pain can take on your overall wellbeing along with her unique way to fight pain. http://bit.ly/30L8GOs

Dr. Maya Angelou - Inspiration and Grace for Living With Pain - Dr. Paul Christo MD
Although she spent some of her youth as a mute, Dr. Maya Angelou has been a voice for many generations and cultures. Her life has been filled with much adulation however she is managing the difficulties brought on by COPD (Chronic Obstructive Pulmonary Disease) and arthritis. She suffered a collapse...
paulchristomd.com
51    View on Facebook

Dr. Paul Christo
With everything happening in our country right now, I thought it important to revisit a show I did with #FaithRinggold, an award winning African American artist, author, anti-racism activist and feminist.

We discuss the racial disparities that exist in the understanding and treatment of #ChronicPain. You can listen to Part 1 here: http://bit.ly/2CwjQxm

The Pain of Racism Part I - Dr. Paul Christo MD
Racial discrimination was the force behind slavery. Research tells us that still today we may respond more dramatically to seeing white people in pain.
paulchristomd.com
21    View on Facebook

Dr. Paul Christo
If you didn't get a chance to tune into #AchesAndGains yesterday, you can listen to Part 1 here: https://bit.ly/2Ar6AeP

Dr. Paul Christo
Tune into #AchesAndGains now on SiriusXM Family Talk 131 now to hear my conversation with someone who shares firsthand how a peripheral nerve stimulator turned her life around following a motor vehicle accident.

A few years ago I had the honor of a lifetime to speak with Dr. #MayaAngelou. While our convo was centered around her battles with various #ChronicPain, we also discussed the toll emotional pain can take on your overall wellbeing https://t.co/IJ3SHfEQPf
View on Twitter
1
2

With what's been going on in the country, I thought it important to revisit this convo with #FaithRinggold, an award winning African American artist, author, #antiracism activist and feminist, about the racial disparities in the treatment of #pain. https://t.co/naE3bH5pLm
View on Twitter
2
3

Didn't get a chance to tune into #AchesAndGains this weekend? Part 1 is available for listening here: https://t.co/cLPKFvioqY
View on Twitter
0
0

"The bias in research can have lasting effects on pain treatment and may help explain why some analgesic medications are more effective when taken by men." https://t.co/rHzPvH25zZ
View on Twitter
0
1

Proud to have contributed to this article regarding #NSAIDS and #COVID_19: https://t.co/PgxNEfe3jX
View on Twitter
0
1
Follow @DrPaulChristo