[UPDATE] Tiger Woods DUI was a Result of Prescribed Medication, not Alcohol 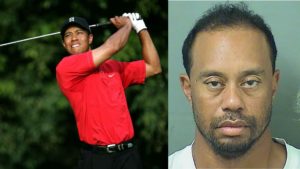 Tiger Woods was found asleep at the wheel by police on Monday, May 29th and arrested for suspicion of driving under the influence. This is a serious offence, as anyone who has found themselves in this position would tell you. As a result, if you have have been arrested on similar grounds it would be wise to contact a Henrico VA Traffic Lawyer for expert advice and guidance. Unfortunately, the state Tiger Woods was found in did not correlate to how a sober man would act. Woods had to be awakened and his speech was slurred, arrest report says. The report also said Woods also told police he “takes several prescriptions” due to a back injury.

After consenting to a Breathalyzer test, registering a 0.000, and a urine test, Woods said in a statement that alcohol was not involved and that he had “an unexpected reaction to prescribed medications.” Woods is currently in a back rehabilitation program following surgery, and said he did not realize the mix of medications had affected him so strongly. “I understand the severity of what I did and I take full responsibility for my actions,” Woods said.

The 41-year-old golfer has undergone multiple back surgeries, most recently a fusion surgery on his back; his fourth operation since 2014. Woods said in a blog post published last week that it provided instant nerve relief. “I haven’t felt this good in years,” he said.

While prescriptions can be an effective tool for pain management, patients and athletes should be given comprehensive postoperative strategies to control pain. These include medications like anti-inflammatories, acetaminophen, opioids as well as regional anesthesia techniques. Olympian Nikki Stone overcame back pain and became America’s first Olympic champion in inverted aerial skiing with the help of rehabilitation and physician recommendations.

Unlike Tiger, there are some people who don’t see relief after spine surgery. They develop constant back pain and/or shooting leg pain. For them, spinal cord stimulation can be a very effective procedure. There are exciting innovations in the field of pain pacemakers and neurostimulation therapies that use electric impulses to relieve chronic pain.

Woods’ pain has greatly improved thanks to surgery and back rehabilitation. “I want to thank my doctors for their great work and support throughout this process. I also want to thank the fans for your phenomenal support. It means more than you know. There’s a long way to go, but as I said, words cannot convey how good it feels to be pain-free.”

“I’m currently receiving professional help to manage my medications and the ways that I deal with back pain and a sleep disorder. I want to thank everyone for the amazing outpouring of support and understanding especially the fans and players on tour.”