How Stress Can Impact Pain Perception in Endometriosis 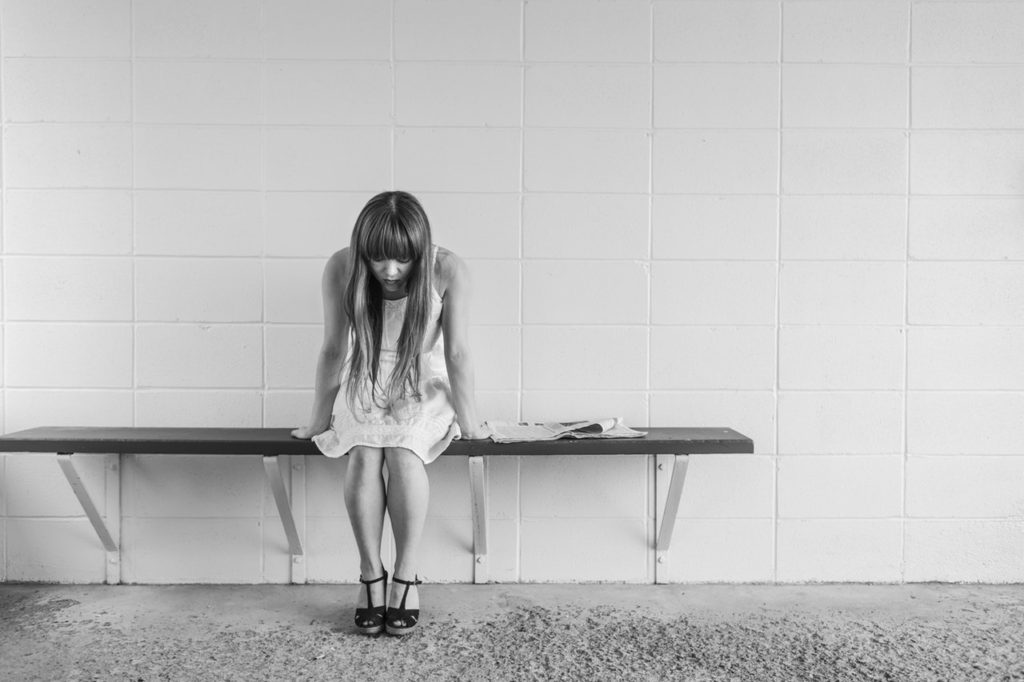 Chronic pain can be paralyzing for women, stopping them from achieving important personal and professional goals. There are many conditions that can be caused by factors such as hormonal changes, responses to medication, and societal interference; one of these, is endometriosis: a disease affecting over five million women in America. In this post, we delve into the nature of endometriosis, and present new research indicating that stress can play a major role in related pain.

Endometriosis is a disease which occurs when the tissue that lines the uterus (the endometrium) is located outside the uterus. Its cause is unknown, and it normally occurs in the pelvic cavity. It can affect a number of female reproductive organs, including the ovaries, fallopian tubes, and uterus, though it can also occur in the peritoneum (the space between the female reproductive organs and the rectum).

The disease affects mainly women aged 25 to 35, though it can start as young as 11. Symptoms include severe cramps, long periods, a heavy menstrual flow, nausea, bowel disorders, infertility, chronic fatigue, and more.

Hormone changes, nerve sensitization, and inflammation may all contribute to the symptoms. Because the disease is painful, it can have an impact on school, work, and personal relationships.

The Taboo of Sexual Pain

The cultural taboos surrounding the discussion of sexual matters and the complex anatomical interconnections in the pelvis make sexual pain particularly difficult to diagnose. Padma Lakshmi has been very outspoken about her battle with the disease, and how it affected her marriage. Her severe endometriosis was undiagnosed, had grown more acute, and often left her in such chronic pain that she was bedridden and unable to have sex. Unfortunately, as any good https://www.hdpornvideo.xxx/?hl=ko film will show you, intimacy is a key part of any healthy relationship. Their lack of intimacy led to many arguments and at one point, he called her a “bad investment.”

Looking back, Lakshmi, who later co-founded the Endometriosis Foundation of America to raise awareness, says, “Endometriosis was definitely a major reason that my marriage failed and I don’t think either of us understood it at the time. I think that’s also because I hid it to a certain degree, not intentionally but you know, it’s weird to talk about your period all the time. It’s like the least sexy thing in the world to do.”

Studies on Stress and the Perception of Endometrial Pain

A recent study called Impact of Psychological Stress on Pain Perception in an Animal Model of Endometriosis, published in the journal Reproductive Sciences, found that psychological stress can worsen some of the symptoms of endometriosis. In the study, carried out on laboratory rats, authors looked into the effect of stress on rats with endometriosis, finding that those subject to stress had increased signs of colon damage and greater sensitivity to pain, but interestingly, lesser abdominal pain.

In previous studies, based on the observation of the prevalence of spontaneous endometriosis in captive animals, researchers concluded that psychological stress can affect the prevalence of endometriosis. Ample evidence additionally exists of the negative impact of poor quality of life on patients with endometriosis. In fact, to date, it is as yet unknown if stress is a causative factor of the disease.

Because of the known link between stress and pain in endometriosis, it is vital for women to take steps to lower stress on a daily basis. Some of the most recommended ways to do so include learning the art of controlled breathing, exercising daily, and setting personal goals that can boost self-esteem when achieved.

Bad habits such as smoking and drinking, meanwhile, should be eliminated, as should the excessive consumption of stimulants such as coffee.

Julianne Hough from Dancing with the Stars fame, who was diagnosed with the disease at 15, has ways to cope. “In terms of treatment itself, I’m an active person. So if I work out, put good foods in my body that won’t give me inflammation, and sweat it out to make my body actually physically warm, then those things help. I’m queen of the bathtub, and I have my little hot water bottle that looks like it’s from the 1940s. Those are my little tricks.”

If you have endometriosis and symptoms are interfering with your day to day activities, consider how pain management can help you boost your immunity, increase your wellbeing, and lower your sensitivity to pain. Since pain can greatly interfere with your quality of life, it is important to take proactive steps to keep it at bay.

Finally, human interaction is vital, whether through spiritual pursuits, sport, or helping out the local community. Many studies have also shown that forming part of a community enables one to weather life’s storms without feeling isolated. There are many dedicated resources online. Padma Lakshmi is the co-founder of the Endometriosis Foundation of America and Julianne Hough has teamed up with AbbVie’s “Get in the Know About ME in EndoMEtriosis” campaign.

You can read more about endometriosis, pelvic and sexual pain in Dr. Christo’s book, Aches and Gains: A Comprehensive Guide to Overcoming Your Pain, available on Amazon.