How JFK’s Back Pain May Have Led to His Death

by Dr. Paul Christo | Jul 14, 2017 | Autoimmune Disorders, Back and Neck, Blog, Celebrity Stories, Chronic Back Pain, In the News 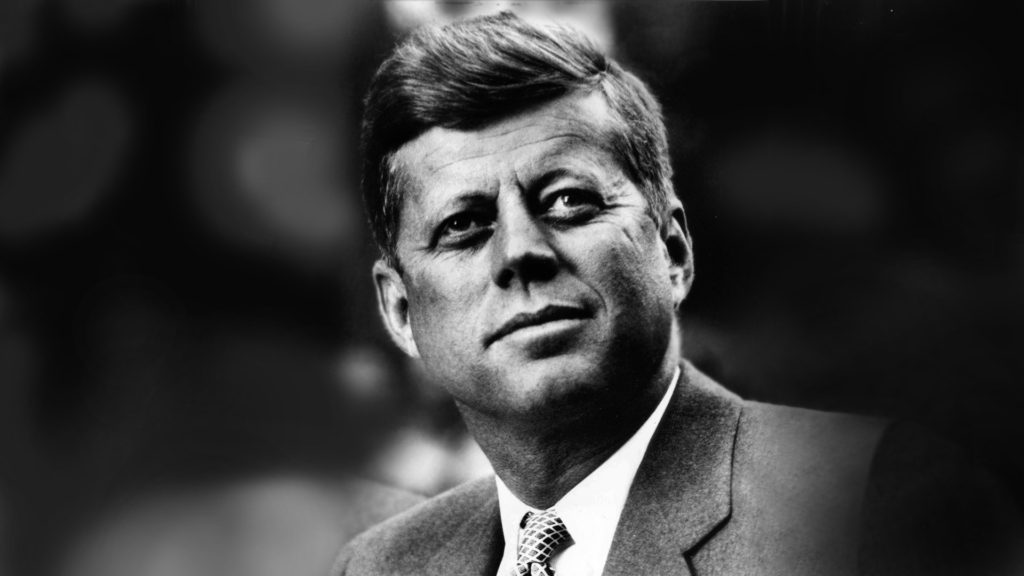 A resurgence of John F. Kennedy’s pain struggles are in the news after a newly released publication in the Journal of Neurosurgery: Spine.

We learned on our JFK show from noted historian Robert Dallek, that Kennedy struggled with substantial low back pain, but he also suffered from an autoimmune disorder that probably lead to  osteoporosis and multiple painful conditions.

They tried to “keep it as quiet as possible” – the extent to which he suffered with several health problems, Dallek said. Even some of his family members were unaware of his condition. “He was probably one of the unhealthiest presidents we’ve ever had,” said journal authors and neurosurgeons Dr. T. Glenn Pait and Dr. Justin Dowdy.

Contrary to popular claims, Kennedy was probably not born with an unstable lower back, nor did he suffer from a compression fracture, the researchers said in their report. He was probably born with an autoimmune disease called Schmidt Syndrome, which led to osteoporosis, nerve pain, arthritic pain, and muscular pain. Schmidt Syndrome is a genetic disorder characterized by functional impairment of multiple endocrine glands. Patients suffer from Addison’s disease (adrenal problems),  thyroid disorders, and/or diabetes mellitus due to Schmidt Syndrome.

It has been deduced that Kennedy probably hurt his back in college playing football, and went on to further injure himself in the army. In 1937 he received steroid treatments, a new therapy at the time. In fact, it was so new that doctors didn’t know how to dose patients properly. High doses of steroids led to JFK’s osteoporosis, and subsequently the deterioration of some of his lumbar spinal bones.

Kennedy was in need of help and he turned to a New York physician named Dr. Max Jacobson, known as “Dr. Feelgood.” Jacobson injected Kennedy with an amphetamine cocktail to aid his back pain. “It’s very much like the opioid epidemic we’re seeing today,” Pait said. “People will say, ‘I can’t live with my back pain, doctor, you have to do something.'”

To the outside world, he radiated health, strength, and confidence. But behind closed doors, the 35th President of the United States was undergoing risky back surgeries. In 1934 he underwent an air myelogram performed at the Mayo Clinic, and the doctors recommended that Kennedy not have spine surgery. But in 1944, Kennedy had surgery anyway –  on the disc between the L4 and L5 vertebrae of his lower back.

Over the next seven years, Kennedy continued with his political career despite excruciating pain. He often used crutches and wore a back brace behind the scenes. It wasn’t until 1961, when orthopedist and physiatrist Dr. Hans Kraus evaluated Kennedy that things began to change. The president began to lift weights three times weekly, swim daily, and receive massages and heat therapy. “Within months, the improvement was dramatic,” Pait and Dowdy wrote.

But he still often wore the back brace. On November 22, 1963, Kennedy decided to wear this back brace after a long day of Presidential duties. It is speculated that the brace kept JFK sitting upright after he’d been shot in the neck by Lee Harvey Oswald. Had Kennedy not been wearing it, he may have crumpled forward, making it more difficult for Oswald to fire the second shot, which struck Kennedy in the head, and ultimately killed him.

“His back pain plagued him throughout his life — his professional career and military career — and then it still had an impact on his death,” Pait said. But despite his chronic pain, Kennedy persisted with new forms of treatment including water therapy, heat, and a rocking chair. He also received local anesthetic injections into the muscles of his lower back for pain relief. His extraordinary accomplishments during a life of persistent pain convey hope that those in pain can move beyond their limitations and toward the promise of recovery.