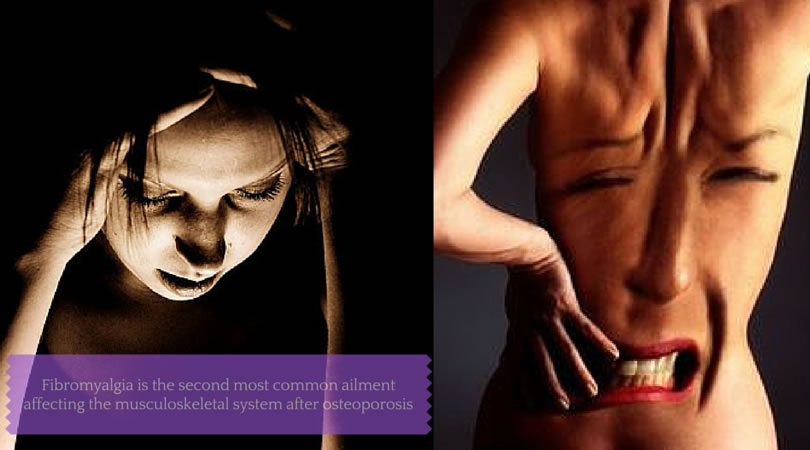 Fibromyalgia affects up to 4% of the population.

Fibromyalgia is a condition categorized by widespread pain throughout the body.

People with this condition often experience a variety of other symptoms, including fatigue, sleep disturbance, and even memory problems. Some also report difficulty swallowing, bowel or bladder abnormalities or numbness and tingling.

As a young adult, AJ was plagued by pain that kept her from doing activities she enjoyed. It seemed that she first began experiencing symptoms after she injured her hip playing sports. Then the headaches started, as well as frequent fevers, skin problems and occasional bouts of IBS (irritable bowel syndrome).

Like countless other fibromyalgia sufferers, AJ felt like her pain wasn’t being taken seriously, even by her doctors. Explaining extreme and chronic pain when there was no physical evidence of damage is a difficult task, especially when you’re a female teenager. AJ said she once overheard her doctor tell her mother that she was faking it.

“Why would I fake it? I wanted to play sports, I wanted to be a strong woman,” AJ said. “Why fake this pain that keeps me from doing the things that I love?”

The idea that fibromyalgia isn’t “real” persists, much to the frustration of patients and their loved ones, as well as many doctors, holistic medicine experts and other advocates. How can it be that a condition that affects up to 4% of the population- women are nine times more frequently affected than men-  continues to be met with skepticism?

Fibromyalgia expert Dr. Daniel Clauw from the University of Michigan discussed this idea with me on that same episode of Aches and Gains.

“We think that much of the pain is coming from the central nervous system (brain and spinal cord) in contrast to other pain states where the pain may primarily be occurring because there’s damage or inflammation of the peripheral tissues,” Dr. Clauw said.

What causes this imbalance, and why does fibromyalgia only affect certain people?

Dr. Clauw said numerous genes have been identified in the last five years that may be responsible for either turning up or turning down that “volume control setting.”

Next week: How AJ Langer was able to step out of the shadow that fibromyalgia cast on her life in order to become healthier and achieve a brighter outlook. We will also discuss medical as well as holistic treatments that doctors and patients have found to aid in managing the deep pain associated with this chronic condition.

Don’t miss any updates from Dr. Paul Christo!
Sign up for Aches and Gains Weekly to receive information on upcoming episodes and news related to the pain community.