What Hollywood Gets Wrong About Addiction 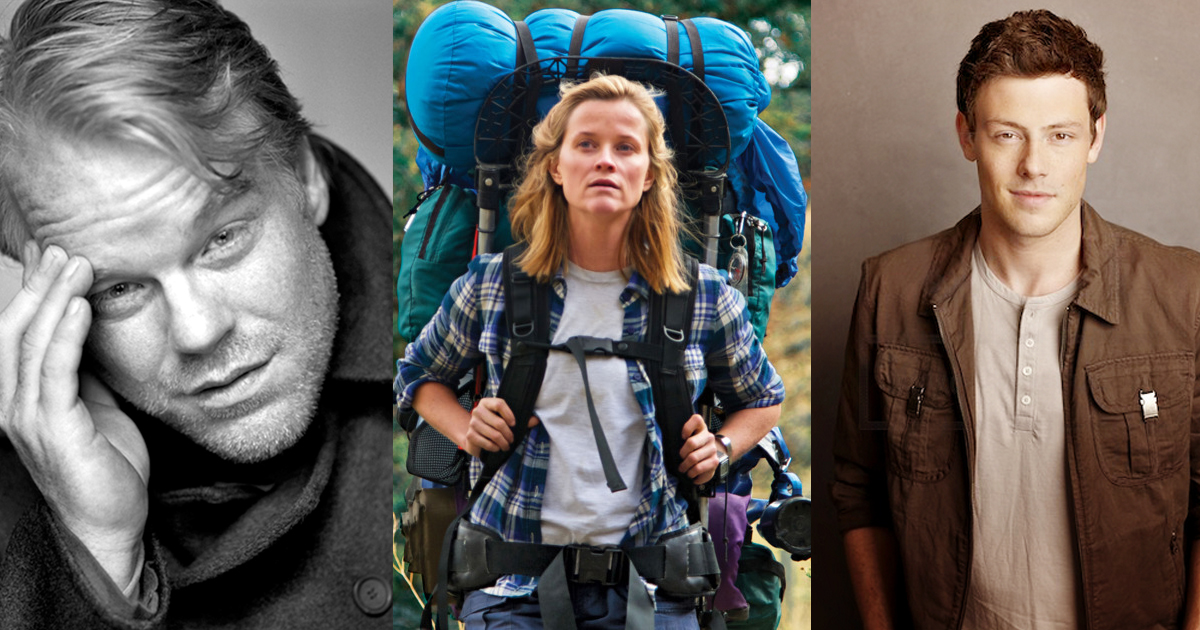 When we think about Philip Seymour Hoffman, Kurt Cobain, Cory Monteith, and Marilyn Monroe, we think of tragedy. These artists not only died, they went out with a bang by “living too hard”. Addiction is not what it seems in the movies or on TV. Cheryl Strayed’s recent book turned movie Wild depicted recovered heroin addicts overcoming their addictions, and what could be more glamorous than having Reese Witherspoon portraying you in a movie? The truth is that addiction is not glamorous. Hollywood seems to romanticize addiction.

Many celebrities in the limelight succumb to addiction, but they seem to appear normal in the public eye. There are many behind-the-scenes details that the public is unaware of, but those who have suffered from addiction, or who are related to an addict can attest to the toll it actually takes. In December 2015, Rocker Scott Weiland’s wife opened up about her family’s loss stating that his children lost their father years ago. The day he died was the day the public mourned him, but his family was mourning the loss well before then. Drug addiction took a toll on their family, and cocaine changed Scott’s behavior. These artists may appear healthy and stable on the screen and stage, but they are completely different people in their daily lives.

Surprisingly, several of these artists suffered from chronic pain. The problem of addiction becomes even closer at this point. Prescription opioids can lead to addiction whether you are living a typical life in suburban America, or making millions of dollars on your next film. Elvis Presley, Jamie Lee Curtis, and Chevy Chase have all suffered from chronic pain and addiction. Prescription opioid abuse seems to often lead to abuse of other substances. For instance, alcohol or other drugs of abuse can be the gateway drug to other illegal drugs, or the sole downfall of these celebrities. Opioids can make a meaningful difference in the lives of patients suffering from pain. For some, they are indispensable. But, they must be used responsibly and for a specific pain condition rather than for other conditions like depression, anxiety, or to produce euphoria. Pain is an emotional experience as well as physical, so creating a solid support group, and talking to your doctor about safe use and storage of your prescriptions can help you stay on the proper and safe treatment path.

There are a few ways to treat addiction. Often it’s a case of combining different treatments to achieve an overall sense of well being. For instance, this could include therapy alongside a detox for people living with substance abuse. Contacting someone like this Atlanta addictionologist could be the start of the recovery process – it all just depends on the problem at hand and the circumstances of the individual involved.

ABC Family, now known as Freeform, is releasing a new television series this winter called Recovery Road. The premise of the show is about a high school girl that goes to rehabilitation for her alcoholism at night, and by day she deals with the normal teenage struggles that come with school and relationships. Teenagers living in a unique halfway house serve as her support network. In contrast to Hollywood’s usual depiction of addiction, let’s hope that the series shows the reality of addiction and its consequences – From withdrawal symptoms, slip-ups, and strained relationships to relapses and recovery. It will be interesting to note how viewers at home respond to this series.

I highly recommend reading more about these celebrities and learning what people close to them shared about their deaths. There was no glamour involved in their passing. Their deaths were slow and painful to both them and their families. Let’s hope that future Hollywood productions and celebrities struggling with addiction are more truthful about the disease. It certainly may prevent others from experimentation, abuse, and ultimately losing their lives.