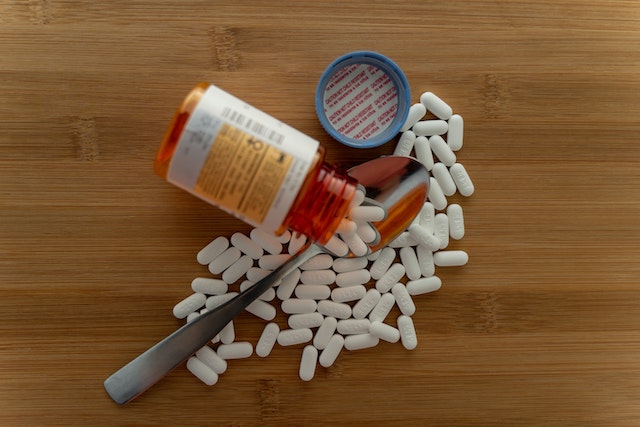 It is unlikely that the coronavirus pandemic is responsible for the increase in opioid-related deaths that occurred in Maryland during the first quarter of this year, according to a former secretary of the state’s Department of Health and Mental Hygiene.

Sharfstein served as secretary from 2011-14. He is now Vice Dean for Public Health Practice and Community Engagement at John Hopkins Bloomberg School of Public Health.

Sharfstein said second-quarter data is likely to be more reflective of the situation on the ground.

“I do think that it will be interesting to see what happens in the next quarter. I think the next quarter will reflect the impact of the virus more than the first quarter.”
buy motrin online https://bethanyhealthcare.org/wp-content/languages/new/motrin.html generic medication

Sharstein said that while it is unclear what caused the spike in opioid-related deaths — the pandemic may have played a factor.

“Treatment got disrupted for a lot of people. So that’s a concern. The drug supply, I think, probably was disrupted-which may have had different kinds of effects. And then you have just the issue of the isolation and the stress-which can actually create problems for drug use.”

Dr. Paul Christo, who is the associate professor in the Division of Pain Medicine at the Johns Hopkins University School of Medicine, said the pandemic has coincided with an increase in opioid overdoses and deaths among the addicted population.

“We’re seeing that those who have addiction to opioids have unfortunately had an increase in overdose and death over COVID-19. I think that’s because of the isolation that’s associated with being in the house-being unable to interact with others in group settings. I think that’s what we’ve seen in terms of the population of people who suffer from addiction to opioids.”

But Christo said he believes Maryland is faring better than many other states.

“I don’t think we’ve seen the same high rates of overdose and deaths in Maryland as we’ve seen in other states like Ohio and Texas. Why that is, I don’t think we know yet. Unless it’s related to federal resources that are available in Maryland for those who have substance abuse disorder. It’s been difficult for patients who have substance abuse disorder to access treatment.”

He said the resources in Maryland are a little bit stronger in terms of “having support groups, access to supports groups, and access to drug treatment centers.”
buy naprosyn online https://bethanyhealthcare.org/wp-content/languages/new/naprosyn.html generic medication

Chirsto noted that Maryland’s rural areas have been hit especially hard by the opioid epidemic.

“In general the rural areas of Maryland have been harder hit. And that’s because of a lack of access to recovery centers and for treatments. It’s easier to access those centers in the city or if you’re living around the city-than it has been in rural areas. ”

There are 65,777 confirmed cases of COVID-19 in Maryland as of Thursday morning, according to the state’s Department of Health, and 3,001 people in Maryland have died from the virus.
buy neurontin online https://bethanyhealthcare.org/wp-content/languages/new/neurontin.html generic medication

Published by Bryan Renbaum on MarylandReporter.com

Did you know that pain has reached epidemic proportions? In fact, 100 million people are living with chronic pain in America alone.  Our guest is...Read More

Did you know that pain has reached epidemic proportions? In fact, 100 million people are living with chronic pain in America alone. Our guest is Judy...Read More

Read about Oregon's spike in deaths featuring an interview with Dr. Paul Christo about the pandemic [...]

If you are living with chronic pain, you likely have an idea of what triggers your pain. Often t[...]

Dr. Paul Christo
"The annual event, in which advocates met with lawmakers, gives organization members an opportunity to have a say on subjects that affect their health and independence. They relate what it’s like to be a wheelchair user, and lobby for disability rights at state and national levels." https://bit.ly/3zOLOQA #ChronicPain #ChronicIllness

In an effort to make sure those with spinal cord injuries and disorders (SCI/D) are included in disability legislation, the United Spinal Association and some 200 advocates recently gathered virtually for this year’s "Roll on Capitol Hill." The annual event, in which advocates met with...
View on Facebook

Dr. Paul Christo
If you missed #InternationalYogaDay yesterday like I did, there's still time to participate! This piece on #AchesAndGains explains how #yoga can be good for #ChronicPain and provides several easy moves for #PainManagement: http://bit.ly/2NS4IOc

Dr. Paul Christo
There are both mental and physical benefits to swimming: https://bit.ly/3cXi223 via Glamour #ChronicPain #ChronicIllness

Swimming can serve you both mentally and physically.
1    View on Facebook

Dr. Paul Christo
“I got attacked. It came like someone snapped their fingers and put a spell on me.” https://bit.ly/3vVMaBX via Prevention Magazine #LymeDisease #ChronicIllness

“I got attacked. It came like someone snapped their fingers and put a spell on me.”
2    View on Facebook

Dr. Paul Christo
Positive psychology focuses on how to live your fullest life by embracing your personal strengths and focusing on concepts like gratitude, optimism, and purpose: https://bit.ly/2SiK7tR #RheumatoidArthritis #RA

If you have rheumatoid arthritis, positive psychology may improve your mental well-being and even reduce RA symptoms. It focuses on concepts like gratitude, optimism, and purpose.
2    View on Facebook

Have you tried any of these #yoga moves for #BackPain? https://t.co/xFtIcAAbKb via @bustle
View on Twitter
0
0

Each time, he says he was bedridden with cold sweats, joint pain, soreness, and exhaustion. https://t.co/dd5As4QAOR via @PreventionMag
View on Twitter
0
0

If you missed #InternationalYogaDay like I did yesterday, there's still time to participate! Here's an #AchesAndGains piece on the benefits of #yoga for #ChronicPain and several easy moves to help with #PainManagement: https://t.co/VMrhfCfKRD
View on Twitter
0
0

Swimming can have both mental and physical benefits: https://t.co/cmfZoQYIqa via @glamourmag #ChronicPain #ChronicIllness
View on Twitter
0
1