Early signs of ALS may include pain-related symptoms, such as muscle cramps. 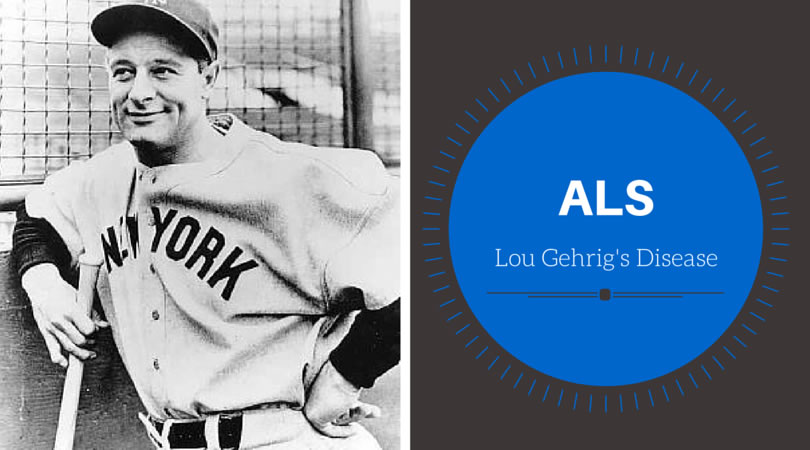 There are 30,000 Americans living with this progressive neurodegenerative disease.

Many people may have been under-informed about ALS before summer 2014’s ALS ice bucket challenge took over social media and the release of The Theory of Everything, an Oscar-nominated film based on famed physicist Stephen Hawking’s struggle with ALS. Amyotrophic lateral sclerosis is commonly referred to as Lou Gehrig’s Disease after the Yankees first baseman who died at the age of 37, just two years after being diagnosed with the disease.
buy hytrin online https://andnewbloonline.com/hytrin.html generic medication

The ALS ice bucket challenge moved celebrities and everyday people to action, raising $115 million in just a few short months. Participants posted video of themselves pouring buckets of ice water over their heads, and nominated friends to do the same- or fork over a $100 donation to the ALS Association.

Raising awareness is a top priority for the numerous organizations dedicated to ALS: According to the ALS Therapy Development Institute ALSTDI, there are 30,000 Americans living with this progressive neurodegenerative disease that causes muscle weakness, paralysis, and eventually, respiratory failure.

Though pain is not necessarily one of the defining symptoms of ALS, the disease attacks the cells in the brain and spinal cord that are necessary for muscle movement. Some of the early signs may include pain-related symptoms, such as muscle cramps and muscle twitching, as well as weakness in the lower extremities and difficulty speaking or swallowing.
buy imodium online https://andnewbloonline.com/imodium.html generic medication

In The Theory of Everything, Eddie Redmayne’s Oscar-winning portrayal of Stephen Hawking showed audiences the gradual, and sometimes also sudden, deterioration. We see Redmayne as Hawking losing his ability to walk and speak clearly, if at all. He eventually ends up in a wheelchair and speaks through a computer.

According to Edward Kasarskis, M.D., Ph.D., Director of the multidisciplinary ALS Center at the University of Kentucky Neuroscience Center in Lexington, Kentucky, the source of muscle pain in ALS is complex. Dr. Karsarkis says leg cramps are common in people affected by ALS. The complexity lies in another type of muscle pain experienced by those with this disease, which occurs when they are using all of their energy to move, and their brain and body part just aren’t making a connection- it could be a movement as simple as brushing their hair. Others may experience joint pain from their shoulder, for example.

Even though ALS/Lou Gehrig’s disease does not cause pain in and of itself, it’s the effects- weakness, paralysis and eventual immobility- that may result in musculoskeletal pain.  In fact, the global impact of musculoskeletal diseases is rising due to the aging of the population and more musculoskeletal trauma. It’s not just physical though- The Theory of Everything explored the profound emotional effects ALS puts on its sufferers and their families, their caretakers. The film showed the slow decline of Stephen and Jane’s marriage. Of course only they know the real story, but the audience was left with the impression that the disease took its toll on their romance after the two had an almost abrupt but extremely emotional conversation that ends with Jane saying “I have loved you. I did my best.”
buy imuran online https://andnewbloonline.com/imuran.html generic medication

Since the term, “Text Neck” was coined in 2008, we’ve been seeing more patients with neck pain and headaches. “Text Neck” or now “Tech Neck”...Read More

Since the term, “Text Neck” was coined in 2008, we’ve been seeing more patients with neck pain and headaches. “Text Neck” or now “Tech Neck”...Read More

The Daily Dose with Dr. P - Opioid Overdoses During the Pandemic

There are many unavoidable sources of stress in our fast-paced society today. With pressures from [...]

Dr. Paul Christo
When an individual is dealing with #osteoporosis, the bones become porous and fragile, and the risk of an individual’s possibility of getting a fracture is significantly increased. http://bit.ly/2LRiNxI #OsteoporosisAwarenessMonth

Osteoporosis literally means a porous bone, so if you develop this condition you have fragile and unhealthy bone. You also may hear experiences of patients (or by you if you have osteoporosis) describe this bone condition as painful with cracking bones. When an individual is dealing with osteoporosi...
2    View on Facebook

Dr. Paul Christo
"If you’re in severe pain which interferes with daily life, please see a doctor as soon as possible" https://bit.ly/3bfzFJR #BackPain

From period pain to muscle problems.
View on Facebook

Dr. Paul Christo
Kayleigh was only 27 when she had a #stroke https://bbc.in/3bj79Hl

Dr. Paul Christo
This #acupressure mat is made with hundreds of tiny cotton and foam needles that help stimulate your body's blood flow to provide muscle relief: https://bit.ly/3f5O8sU via Real Simple

Acupuncturists and shoppers say the ProSource Fit acupressure mat on Amazon can help with pain and stress relief. The top-rated acupressure mat costs $25 and has more than 20,000 perfect ratings.
View on Facebook

Dr. Paul Christo
This piece from Medical News Today explains how #PsoriaticArthritis affects the eyes and how to treat and prevent these complications. https://bit.ly/3o7i4sA
View on Facebook

But how can you really tell from someone’s physical symptoms that they may have #depression? https://t.co/HMjP5k4Uto #MentalHealthAwarenessMonth
View on Twitter
0
0

"I am rare, I am complicated, I live daily with more symptoms and issues than most can imagine. And while some things may never make sense, I don’t give up." https://t.co/j4dXKXgtsg via @TheMightySite
View on Twitter
0
0

"A 2019 review of studies analyzed research published between 2000 to 2018 examining the potential benefits of massage for managing #diabetes symptoms." https://t.co/gFMj4h0nNt via @Healthline
View on Twitter
1
1

Here's a quick overview of the latest update on the use of Buprenorphine. https://t.co/ByhTvbZpjk
View on Twitter
5
5

Collins had been battling #cancer: https://t.co/Plb3jIQSm2 via @NPR
View on Twitter
0
0

While none of this will likely be news to you, it might be a good resource to share with friends and family to help them understand: https://t.co/kV8jR0vTfn via @PsychToday #ChronicPain #ChronicIllness
View on Twitter
1
1
Follow @DrPaulChristo