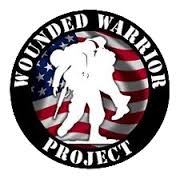 Persistent pain is highly prevalent among military veterans and they often suffer one of the most intense types of pain imaginable- burns. Our guest is Johns Roberts, executive vice president of Warrior Relations for the Wounded Warrior Project. He was critically injured, and severely burned over 80% of his body while serving in the Marine Corps during Operation Restore Hope. He’ll describe wounds sustained to his leg and arm, successful methods of continued pain relief, and how he’s learned to cope with a new identity, and a new body image.

Featuring George Klein -  Elvis Presley is the “King of Rock and Roll” and one of the most celebrated musicians of the 20th century. His death...Read More

Featuring Dr. Nick -  Elvis Presley is the “King of Rock and Roll” and one of the most celebrated musicians of the 20th century. His death is...Read More

Why are opioids still given for chronic pain?

This article was originally published on BBC. We all know what it is to feel pain. Acute pain, that[...]

Dr. Paul Christo
If you suffer from #RheumatoidArthritis, what other things do you to manage a flare up? http://bit.ly/2TMj3RQ

Feel a Rheumatoid Arthritis Flare Coming On?
Taking these steps right away can help you feel better when you're RA symptoms start acting up.
healthcentral.com
16    View on Facebook

Dr. Paul Christo
Did you know these were the most common bone fractures in adults? http://bit.ly/2NRWuaV

The Most Common Bone Fractures in Adults
Every year, about 6.8 million fractures occur in the United States. There are plenty of different types of fractures or breaks, and they can be caused by falls, osteoporosis, or repetitive motion. The likelihood of certain fractures occurring is different depending on your age and gender-men are mor...
sciencetimes.com
4    View on Facebook

Dr. Paul Christo
If you're looking for a #holistic approach to managing your #migraines, take a look at these tips: http://bit.ly/2YA8ku5

6 Natural Remedies to Treat Migraine - Dr. Paul Christo MD
Severe throbbing pain on one side of the head is categorized as migraine, and this pain could be so intense that one’s daily life routine can entirely change. The migraine attacks are often accompanied by nausea and vomiting. However, some other symptoms of migraine include tingling in a leg or ar...
paulchristomd.com
14    View on Facebook

Dr. Paul Christo
"Previous research has shown that a person’s cardiovascular health is an important factor that affects #MS occurrence and progression." http://bit.ly/3aKodEe

Blood Fats Affect Artery Size in People with MS, Study Finds
A new study has found a link between the amount of fat in the blood and changes to the arteries surrounding the necks and skulls of people with multiple sclerosis (MS). The finding was described in the study “Lipoprotein(a) Levels Are Associated with the Size of Extracranial Arteries in Multiple.....
multiplesclerosisnewstoday.com
16    View on Facebook

Dr. Paul Christo
The Academy Award winner was diagnosed with the disease 6 years ago: http://bit.ly/2v9MuTH

Maine reports more than 2,000 Lyme disease cases in 2019 - Outbreak News Today
By NewsDesk @infectiousdiseasenews The Maine Center for Disease Control and Prevention (CDC) received a record number of Lyme disease case reports from health providers in 2019, with 2,079 cases as of January 16, 2020. This is the highest number of cases ever reported in the state, and the number ma...
outbreaknewstoday.com
30    View on Facebook

Prior findings have shown that cardiovascular health is an important factor that affects #MS: https://t.co/kWo1C13O4S #MultipleSclerosis #ChronicIllness
View on Twitter
0
0

What else do you do when you feel a #RheumatoidArthritis flare up? https://t.co/Mwa5aWjqkz #RA #ChronicPain
View on Twitter
3
3

Did you know that these are the most common #BoneFractures in adults? https://t.co/vT2BoqWte9 #ChronicPain
View on Twitter
0
0

If you're looking for #holistic ways to manage your #migraines, take a look at these tips: https://t.co/8p1CvgQyL9 #AchesAndGains
View on Twitter
0
0

" #ChronicIllness is no joke. I wish there was a manual on survival." https://t.co/HYvRuARfNO @TheMightySite via @YahooLife
View on Twitter
0
0

If you're looking to exercise more in the #NewYear, but are having a hard time if you're in cold weather, here are some tips: https://t.co/WUKLQF3McF
View on Twitter
0
0
Follow @DrPaulChristo