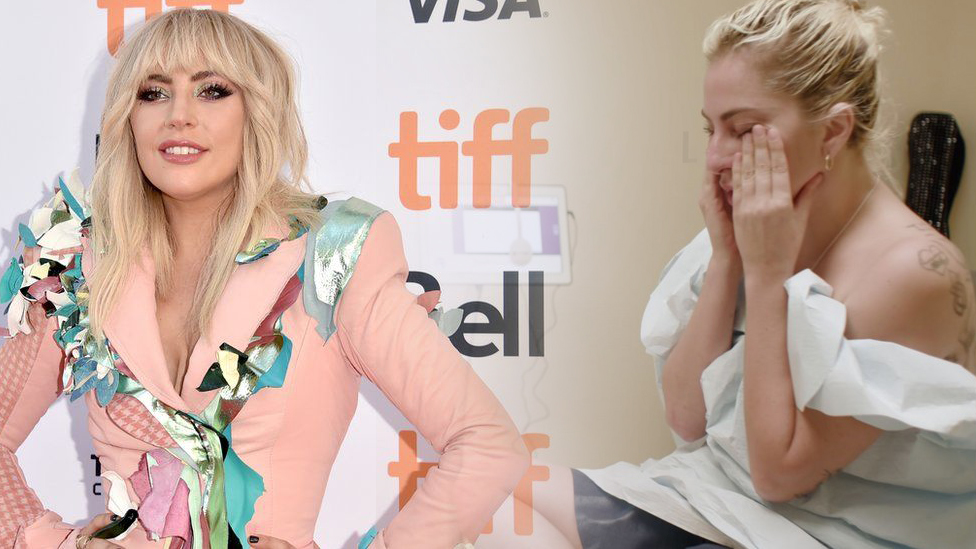 Earlier this month, musician Lady Gaga announced on social media that she has been diagnosed with fibromyalgia.

This poorly understood chronic pain syndrome is highlighted by a well known artist.

On Monday it was announced that Lady Gaga has cancelled her European tour, due to “severe physical pain that has impacted her ability to perform.” The severe physical condition is due to fibromyalgia, and Lady Gaga has made a Netflix documentary, Gaga: Five Foot Two, to raise awareness about this long-term condition. A statement says: “She plans to spend the next seven weeks proactively working with her doctors to heal from this and past traumas that still affect her daily life and result in severe physical pain in her body. She wants to give her fans the best version of the show she built for them when the tour resumes.”

We’ve all heard of Lady Gaga, but Fibromyalgia may be more of a mystery. It is a condition that is hard to understand, diagnosis can be difficult, and treatments not always successful. Many people with the condition say they struggle to get medical professionals to take their symptoms seriously.

Fibromyalgia is characterized by widespread muscular pain, often associated with fatigue and headaches. It’s a long-term condition that can include symptoms such as extreme tiredness, muscle aches, bloating, and difficulty sleeping and concentrating. You can’t perform blood tests, x-rays, or MRI’s to make the diagnosis which add to the mystery of this syndrome. There are revised diagnostic criteria that enable physicians to diagnose the condition based on physician assessment or a self-report questionnaire. There is a scoring system that combines a widespread pain index with a symptom severity scale. Other conditions should be ruled out, though because many disorders can mimic fibromyalgia. Lupus and rheumatoid arthritis are examples of such disorders.

The Main Symptom is Pain

The primary symptom of fibromyalgia is pain, often acute pain, occurring sometimes at the slightest touch. People with fibromyalgia report that small scrapes and injuries hurt more intensely and for longer than they should. People also report extreme tiredness and fatigue. Fatigue means you need to sleep a lot, but wake up feeling groggy, stiff, and achy. Even mental processes feel sluggish, so it becomes a huge effort to concentrate or learn anything new, and your speech may sound slow and a bit muddled.

Fibromyalgia is typically diagnosed in people just like Lady Gaga: female and aged 30-50 (she is 31). It may affect as many as one in 20 people, and 4%-8% of the population. Women are six times more frequently affected than men.  There may also be a genetic component alongside environmental factors. It was first recognized as a cause of chronic and disabling pain in 1976.

No one knows what causes Fibromyalgia

“We think that much of the pain is coming from the central nervous system (brain and spinal cord) in contrast to other pain states where the pain may primarily be occurring because there’s damage or inflammation of the peripheral tissues,” Fibromyalgia specialist Dr. Clauw said.

Dr. Clauw said numerous genes have been identified in the last five years that may be responsible for either turning up or turning down that “volume control setting.” There is some suggestion that FMS is more common among people who have suffered from physical, emotional, and sexual abuse in childhood; the evidence is weak, but this is an area that needs more study.

In our documentary the #chronicillness #chronicpain I deal w/ is #Fibromyalgia I wish to help raise awareness & connect people who have it.

There is no specific cure. Living with Fibromyalgia means being aware of triggers, and finding a way of living, working, exercising and eating that works for you. Actress AJ Langer said on my radio show, Aches and Gains that she takes a “baby dose” of Cymbalta (duloxetine), which is an antidepressant FDA approved for thissyndrome. Other helpful medications are Lyrica (pregabalin) and Savella (milnacipran). AJ also began exploring activities that made her happy and distracted her from the pain- she began surfing more, noting that something about the water made her feel good, as did gentle hikes and healing yoga classes. Although not in routine use for fibromyalgia, repetitive transcranial magnetic stimulation has benefitted some patients.

Patients of mine have benefitted from exercise, cognitive behavioral therapy, and acupuncture as well. Lady Gaga is likely still finding ways to cope with her pain, and we can expect to see in her new Netflix documentary, Gaga: Five Foot Two. She has left this message for her fans:

“I have always been honest about my physical and mental health struggles. Searching for years to get to the bottom of them. It is complicated and difficult to explain, and we are trying to figure it out. As I get stronger and when I feel ready, I will tell my story in more depth, and plan to take this on strongly so I can not only raise awareness, but expand research for others who suffer as I do, so I can help make a difference.”

Suzanne Somers is best known for her role as Chrissy Snow on the 1970s sitcom, Three’s Company. She was diagnosed with breast cancer in April...Read More

Suzanne Somers is best known for her role as Chrissy Snow on the 1970s sitcom, Three’s Company. She was diagnosed with breast cancer in April...Read More

The Daily Dose with Dr. P - Opioid Overdoses During the Pandemic

There are many unavoidable sources of stress in our fast-paced society today. With pressures fro[...]

Epidural Interventions in the Management of Chronic Spinal Pain

Epidural Interventions in the Management of Chronic Spinal Pain: American Society of Interventional [...]

Dr. Paul Christo
If you're interested in hearing more about Benzodiazepine Withdrawal Syndrome, you can now listen to Part 2 of the show here: https://bit.ly/3ac7vis

Dr. Paul Christo
This past weekend on #AchesAndGains, we talked about Benzodiazepine Withdrawal Syndrome. Don't know what that is? Here's an overview.

You can listen to Part 1 of the show here: https://bit.ly/3gaI6cE

Dr. Paul Christo
"When you've just been diagnosed with a chronic condition, you're probably not absorbing as much information as you would on a normal basis" https://bit.ly/3e7kjaG via PopSugar Fitness #MS #multiplesclerosis

Dr. Paul Christo
"When you've just been diagnosed with a chronic condition, you're probably not absorbing as much information as you would on a normal basis" https://bit.ly/3e7kjaG via PopSugar Fitness #MS #multiplesclerosis

FDA needs better data to treat women and chronic pain
Research has documented sex and gender differences in the prevalence, incidence and severity of chronic pain.
thehill.com
4 1    View on Facebook

This past weekend on #AchesAndGains, we talked about Benzodiazepine Withdrawal Syndrome. Don't know what that is? Here's a quick overview.

She had been recovering from severe stabbing pain as a result of her autoimmune conditions: https://t.co/YjjV2oZUXm
View on Twitter
0
0

I've been asked to comment a lot recently on drug overdoses during the pandemic. This explanation is a good breakdown of these numbers and how we can combat them: https://t.co/PTyFvmvLKZ
View on Twitter
0
0

"The researchers hope that the deeper understanding of #MS that these new subtypes provide will help doctors more effectively target treatment." https://t.co/M4pfEvqBSt via @mnt #MultipleSclerosis
View on Twitter
1
3

As we mourn the loss of DMX, it's important to remember those that are at higher risk for #HeartDisease: https://t.co/PAINH0eyQn
View on Twitter
0
0

"[He] was a warrior who fought till the very end," a family member stated: https://t.co/DuMKsO6OxW #DMX
View on Twitter
0
0
Follow @DrPaulChristo