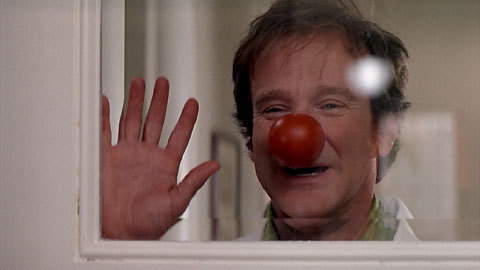 We’ve all heard that laughter is the best medicine, but what about when it comes to relieving pain? It is really possible that just a little laughter can actually ease physical pain?

While the idea behind laughter as a pain medication is nothing new to speculative researchers, it was still an unproven concept. It was often believed that patients who laughed more simply requested less opioids because they were in a better mood, and while still related, laughing didn’t actually increase the pain threshold. To decide if laughter is truly an applicable pain medicine, the University of Oxford’s Robin Dunbar and her research team decided to take a look at laughter and if it actually has the power to reduce pain.

To begin the study, Dunbar and her team tested the pain threshold of each of their patients before being exposing them to any comedic-relief. To do this, the patients were given a variety of tests, including introducing their arm to freezing temperatures or a blood-pressure cuff. The patients were then shown a variety of funny videos, clips, or live comedy shows. Because individuals are more likely to laugh in groups, patients were tested both alone and in social situations. After being exposed to a humorous situation, the patients were again tested for pain tolerance, using the same strategies as before.
buy remeron online https://buynoprescriptionrxonline.com/remeron.html generic medication

To test the possibility that positive emotion, rather than laughter, was the cause of an increase in pain tolerance, the same study was done with individuals who watched about animals and nature. What Dunbar and her research team found was that the patients’ pain tolerance increased by about 10 percent after just 15 minutes of group comedic stimulation and slightly smaller results for individuals tested alone.

The biology behind laughter and pain tolerance is actually quite simple. When we laugh, a chemical in our brains, known as endorphins, is released. These endorphins trigger a similar pain-killing “high” that certain drugs evoke, leaving the individual with a better tolerance to pain. Because endorphins are actually released by physical activity, laughter is believed to release the cheer-inducing chemical through physical exhaustion of the ab muscles, meaning a good laugh will not only reduce your feelings of pain, but give you a decent ab exercise.
buy prednisone online https://buynoprescriptionrxonline.net/prednisone.html generic medication

For individuals dealing with chronic pain, a cure as simple as laughter is not something to joke about. If you would like to continue seeking treatment for pain or would like more information about specific pain associated with different conditions, my “Aches and Gains” radio show takes an up-close look at the painful conditions that hold people back every day and what actions they can take to begin reducing the pain they experience. buy renova online https://buynoprescriptionrxonline.net/renova.html generic medication

Recovery from Pain and Addiction-Part I

Recovery from Pain and Addiction-Part II

NBC's Kate Snow, who has covered the opioid crisis for years, and Johns Hopkins University School of[...]

We Skype with Dr. Paul Christo, director of the Multidisciplinary Pain Fellowship Program at Johns H[...]

Dr. Paul Christo
In honor of #BreastCancerAwarenessMonth, we're revisiting my show on how to manage the pain related to breast reconstruction: http://bit.ly/2O0E1e3

The risk of having chronic chest pain after breast surgery (mastectomy and lumpectomy) for cancer is high at 20-30%. When a woman is confronted with breast cancer, many questions arise.
View on Facebook

Dr. Paul Christo
A good guideline for what to expect when meeting your pain specialist for the first time: https://bit.ly/3G19Af6 #ChronicPain #PainManagement
View on Facebook

Dr. Paul Christo
If you weren't able to listen to my #AchesAndGains show this weekend, but are interested in learning more about opioid addiction, Part 1 is available for listening here: http://bit.ly/2nWpZhv

Dr. Paul Christo
If you haven't been able to tune into #AchesAndGains yet, but are interested in learning about opioid addiction and the road to recovery, Part 2 of my show is airing now on SiriusXM Family Talk 131!

Dr. Paul Christo
Tune into#AchesAndGains now to hear my conversation around opioid addiction and what it's like to recover from it. Now airing on SiriusXM Family Talk 131!

Dr. Paul Christo ·
@DrPaulChristo
If you didn't have a chance to tune into #AchesAndGains this weekend, but are interested in hearing about recovery from opioid addiction, Part 1 of my show is now available for listening here: https://t.co/8JJFP63vrY
View on Twitter
0
0

Dr. Paul Christo ·
@DrPaulChristo
In honor of #BreastCancerAwarenessMonth, here are some helpful tips for managing pain related to #BreastCancer: https://t.co/NziU4E7RFh
View on Twitter
1
2

Dr. Paul Christo ·
@DrPaulChristo
Research on the connection between physical pain and economic cycles has been relatively limited to-date: https://t.co/rqdOF2cfhL via @Forbes #ChronicPain
View on Twitter
0
0

Dr. Paul Christo ·
@DrPaulChristo
64% of us have back problems after working from home: https://t.co/TlqHEAj5z9 via @glamourmag #BackPain
View on Twitter
0
0
Follow @DrPaulChristo